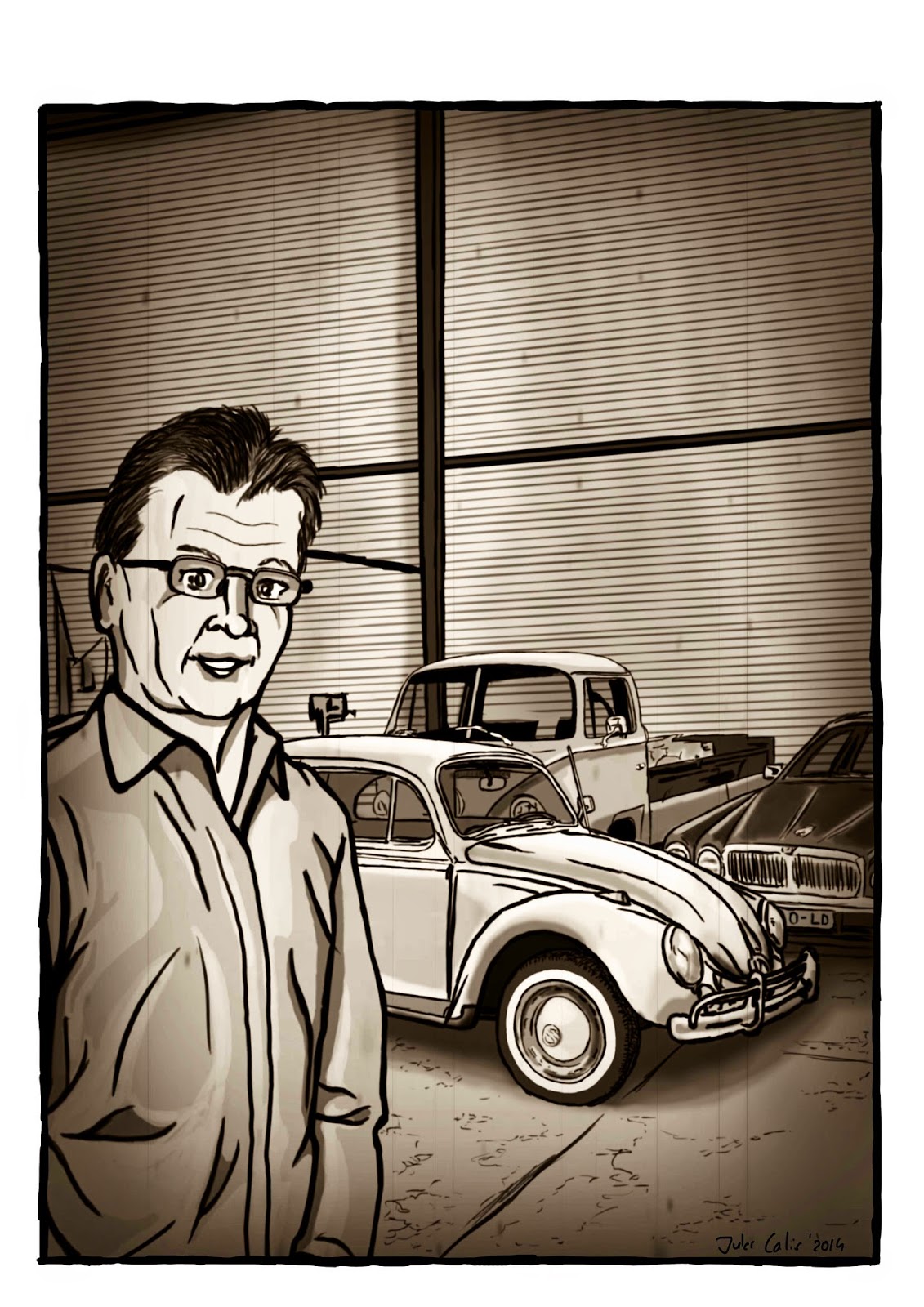 An other side of Afghanistan in comic form

(This blogpost was published in Dutch on my blog about the graphic novel project http://afghanistanstrip.blogspot.nl/)

It has been quiet for a long time around the graphic novel project about the Dutch soldiers in Afghanistan. It was actually halted as I was busy with another project. In May this year I went to Afghanistan. Kabul to be precise. Partly because I heard and recorded so many stories, and just because I'm totally fascinated by the country.
Earlier I tried to go embedded with Dutch troops, but my drawings were not very appreciated by defense-information. They found them too shocking and realistic. Exactly! I find it very important to show reality. Nevertheless, I kept looking for a way to go to Afghanistan and I came upon a remarkable event in Kabul via the facebook page of ISAF. Sound Central Festival.

A festival for alternative music and art forms. A safe place where young people can express themselves freely and safely. I found this so special, I had to see this. I emailed the organization to visit the festival and make a journalistic comic for a newspaper, do live sketching and help anywhere needed. They were interested and took me on as one of the artists of the festival. After five months of preparation I left for 10 days to Kabul. Obviously a great experience. Also a chance to see a totally different side of Afghanistan. I met many young, courageous and inspiring people who want to build and develop the country. And of course as a Dutch, it was great to see Afghans enjoy punkrock, hardrock, metal and more. The country deserves a chance!
The graphic report was published Saturday, June 8th in the background and opinion booklet 'Vonk' of the Volkskrant. Thus one of the first journalistic comics in Dutch newspaper. 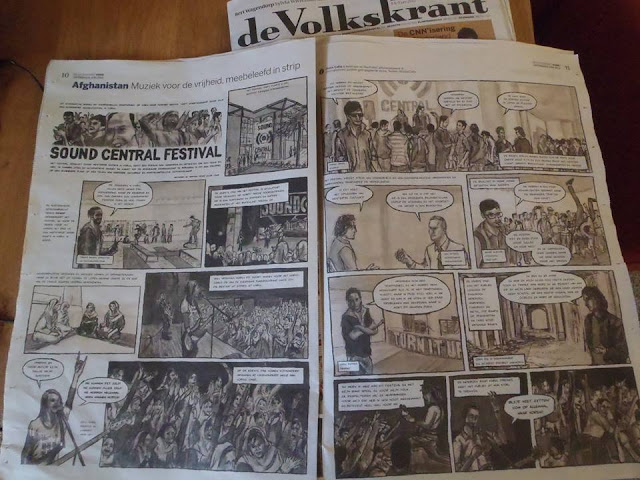 I chose this form because I found it such a special event, the report also had to impress the reader. A newspaper article about the festival is very good and the festival deserves the attention. But I hope it has a dual efficiency through comic: "Hey a comic in the newspaper! Hey it brings totally different news from Afghanistan!"
This principle is also applicable on the graphic novel project about the soldiers and veterans. I'll soon return working on this project again to try and publish the book this year. There are still some comics waiting to be inked, a number of shorter stories that need to be worked out and six additional items that are included in the book.
Thanks for your ongoing interest. Stay tuned because the project about SCF is far from over. Next week the English version of the graphic report will be published on internet.

More information and pictures about the graphic report on:
https://www.facebook.com/SoundCentralFestival2013AGraphicReport

We made it! The crowdfunding for the graphic report about Sound Central Festival has made it’s goal. Thanks to everybody who contributed to the project!

Also after two weeks of writing and drawing, the reportage for the newspaper is finished. More information about the publication in the Dutch newspaper very very very soon! One week after publication I’m allowed to publish the English version of the comic. Sorry again for not letting everybody know, but the entire focus was on developing the comic for the newspaper.

But is it done after this with the comics about Sound Central Festival? Not on my watch. The festival was great, I’ve had a lot of interesting conversations, I’ve seen so many things, but it’s just too much to include in just one article. So there’ll definitely be some follow-ups during the rest of the year. I can’t say it’ll be every month or two months, since developing comics just takes a lot of time, and I’ve also got other projects to work on. I promised also to tell more about Kabul and how I ended up there. YES!! In a few days!

I can't even put some teasers online about the newspaper comic, so in that case a few pictures that eventually didn't make it to the comic. 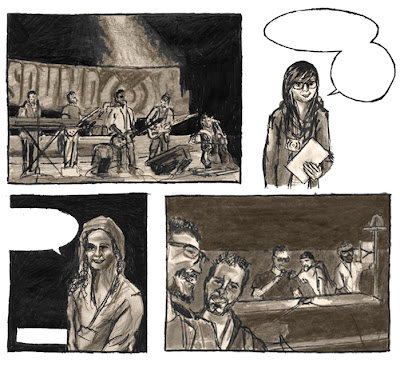 Let's get to work!

The festival is over so I get to work on the comic. It were five amazing days. Met a lot of good and interesting people, I was amazed by the energy of the festival and had some real cool parties in the evenings.

So for today I was just working on the reportage. The people at the guest house are really hospitable and I can use the conference room as an office. Listening to all the interviews, making notes, mapping, categorizing and grouping information, organizing photo's and sketching. 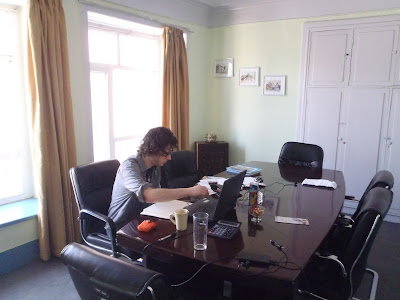 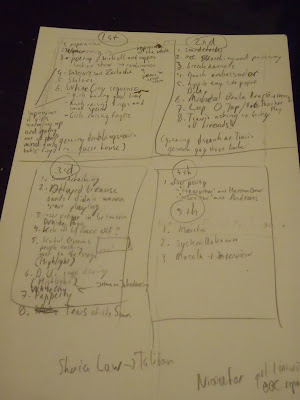 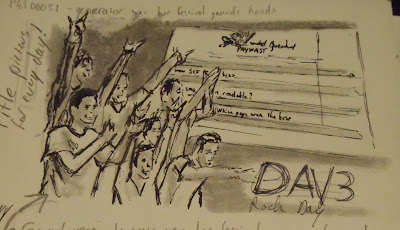 I don't want to show to much allready, but it might be cool to explain. I made some smaller sketches and call them 'in betweens'. Those were those small things and details that I really pay attention to. Those kind of things that might just a few people notice or pay attention to, or cameo's. The in betweens will be assimilated into the main pictures. So you might have to look for them again!

I´ll give one away. 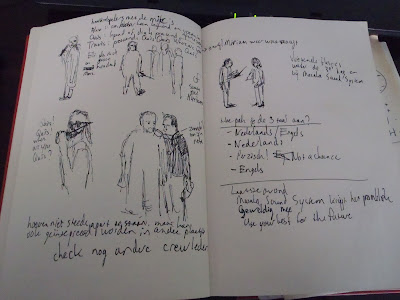 You should have seen the crew walking around with the walkie-talkies whole day. I´ll never forget Travis Beard, the organiser of the festival, calling into the radio: "Qais! Qais! Where are you Qais!?". And of course Qais was running around all day being really busy. And that's a fact!


Oh by the way! I haven't blogged a lot about the rest of my experiences in Kabul. But if you're interested you might like to check out my roommate's blog, Craigus Mcvegas from Australia. I do would like to share one thing. This evening me and Craig went out with the guy from the guesthouse, to withdraw some money at a cash machine. At one of the the supermarkets we went to, some militairy white trucks by with electronic jammers on the roof against electronic devices that might trigger bombs. 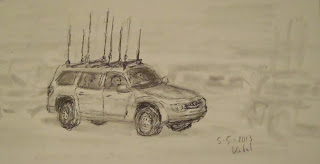 So we couldn't unlock the car because it has an infrared key. We had to wait untill they had passed by. But read the rest of it an Craigus's blog.

Rockin, drawin and interviewin in Kabul

So.. Yeah it's been quite a while since an update about any comic related items. A shame really because I'm working on a really cool project. Those of you who know about my work, are familliar with the graphic novel I'm working on about Dutch soldiers in Uruzgan, Afghanistan, and my interest in comics-journalism. And right now I'm in Kabul, Afghanistan in a guest house in the diplomatic area, writing a blog again.

Ok so, what I'm doing here is visiting and participating at the Sound Central Festival (YES! Check-out the link!) 2013 in Kabul. An alternative music festival where young people can freely express themselves. Everybody can do what they want. Rap, dance, rock, bang your head on psychedelic metal, puppetry, paint, graffiti, and so on, for boys and girls. And whatever they do, they're pretty good at it! (You should have seen the mosh-pit on the third day!!!) The first day was for the women only and at least 500 to 550 women and girls attended. That's about 350 more than last year. The other two days are for everybody to attent. The second day was more kinda like an arts day for the hippies and the third and last day was ROCK-day! And I'm here to make a reportage of it and do live sketching.
Since I find this a really special festival, I wanted the story also presented in a special form for a Dutch newspaper. And since I'm not such a great writer like a normal journalist, but I do draw quite well, I'll be presenting this story as a graphic report for the Dutch newspaper. And after that also offcourse in English. 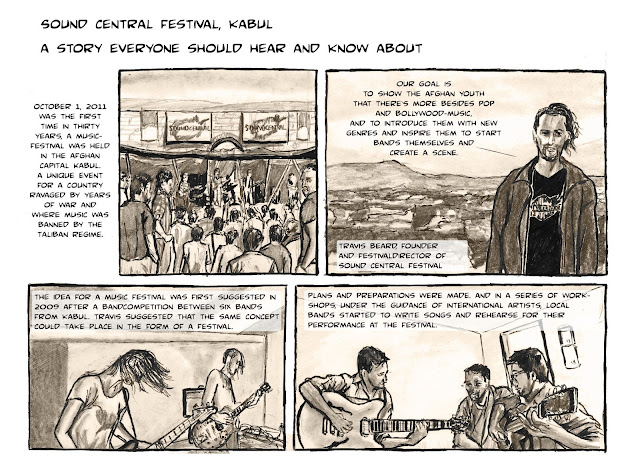 I assume that there are not a lot of people who know about this festival. It's kinda hard to imagine perhaps that you held a festival in a 'war-zone'. But hey! Rockin all over the world. So for me, the first two days I did live sketching with indian-ink and watercolors,  wanted to do that on the last day as well, but it was just too crowded, so much to see, I did lot's of interviews, took pictures, so the third day was more my journalistic day. And NOW, I really must start working on the comic, filter all the ideas and impressions, listen back to the interviews (and one is really going to take long because another guy had to translate during that interview), sketch some ideas for the comic, make a rough scenario and map for the comic.. Ah no I better stop because I gotta get to work!

I'll get back to you soon, and I'll also give some impression about Kabul itself. Geeeezz the traffic here is suicide!! But more on that, party's, chillin with Afghani's at the guest house, security, guns, barbed wire and walls and police with AK-47, around next week.